The Importance of Ritual Purity 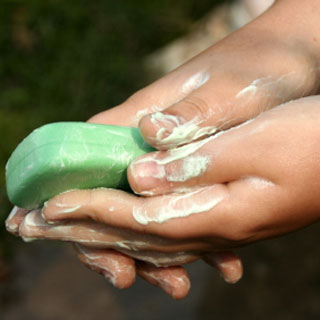 This double portion deals with the purity laws (tamei and tahor).  Some have attempted to understand these laws in light of health or hygiene.  Perhaps.  However, this view should be exercised with caution as other things such as excrement didn’t make you unclean, even though it had to be disposed of outside the camp.  Others define these areas along spiritual lines and this is perfectly acceptable and true: in Romans 5 Rav Shaul uses these concepts to define the concepts of tamei versus tahor as sin and death versus righteousness and life and how we live in them according to the choices we make.

Yet despite Rav Shaul’s connections of light versus darkness and sin versus righteousness, ritual impurity or uncleanness is not the same as sin.  Sin can lead you to be unclean, but the two are not the same.  We know that sin drives us away from God.  But ritual defilement or contamination also prevents that closeness to God.  In fact it gets worse: ritual impurity stops you from entering the Temple or Mishkan, yet those who sin are often brought into the Temple!  Consider the woman who was charged with adultery (Num 5) but evidence was lacking.  To decide whether she was in fact guilty of adultery, she was brought before the priests and then stood before the Lord at the altar as the process began. Even if she was a sinner, yet if she was ritually clean she could stand there!

And again, certain unsavoury men did something very odd: read 1 Kings 1:50-51 and 2:28-32a. A usurper of the throne and a military commander who defected and slew innocent men, both grabbed hold of the altar right at the heart of the Temple precincts!  And yet an ‘unclean’ person couldn’t do that.  Murderers sought sanctuary there and couldn’t be touched.

What are we meant to learn from all this?  Not only was becoming ‘unclean’ inevitable regardless of gender, but in fact it was commanded.  For instance, we are commanded to be fruitful and multiply, so contamination would be inevitable in the household whenever a new baby arrived in the world.  Birth, death, sex, disease and discharge are all normal to life, so it is clear that being unclean is not being sinful; in fact, one might conclude that the ‘natural’ condition of mankind is ritually unclean… which leads us to conclude what?

God has always wanted to dwell in our midst, yet was prevented from doing so – not because of His limited power but because of His totally consuming power.  It was impossible for us to be with Him because we would all die in the presence of such holiness.  In Leviticus 11:44-45 this concept of holiness is linked with becoming unclean.  We are meant to keep holy and this means dealing with uncleanness or defilement.  In fact in Lev 15:31 defilement and uncleanness lead to death because as a core issue it defiles the Mishkan/ Temple. If that becomes defiled, the way to God through atonement is stopped.  This is critical.  We would be, and would remain, dead in our sins.

The fact that the ritual laws come after the death of Aaron’s sons and before the Yom Kippur atonement regulations is important.   (Read Leviticus 16:1-2).  Aaron’s sons did something that caused their own deaths; they rushed into the presence of the Lord as if it was an easy thing, treated the actual offerings with inappropriate sanctity and thought of the whole thing as an act, a piece of theatre, something to ‘put on’ for the viewers as a religious charade, a stage set behind which they thought there was little substance.

Why did they think this?  Coming from Egypt with its religious theatre and hierarchical pomp used for state control, the pattern was well established.  The ritual laws are meant to generate awe and veneration, a proper and serious spiritual approach to holiness and God’s presence.  There is a spiritual tension running throughout the Torah; on the one hand God wants us to be in His presence, but on the other hand we can get so used to it that we begin to cheapen God and our access to Him.

So what can we conclude? Two things: sinners NEED to be able to come before God and ‘lay hold of the altar’; that’s why sin in that way doesn’t defile them. It is why the Mishkan/Temple is there, to restore the broken relationship. It would be bizarre if the very way of atonement barred the repentant sinner!  But the purity laws are designed in such a way as to make it ever so slightly complicated to rush into God’s presence.  The barriers are there to prevent over-familiarity, to cause you to consider what’s happening in your life before rushing in, to prevent you from taking a de facto ‘I am pure and holy’ assumption with you everywhere.  They teach us that our natural condition is one that should cause us to reflect on how difficult (or how costly) it is to actually enter into His presence.