Parashat Devarim: Our G-d is alive! 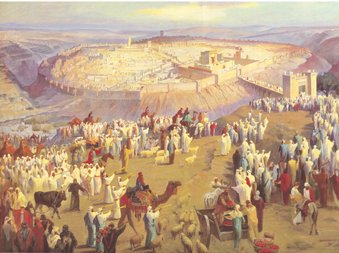 The final book of Torah, the Chumash begins, and it seems it’s all about repeating the Torah again, or is it? Devarim represents the closest we have to a developed Jewish biblical theology. Moshe retells the Torah in a ‘systematic’ or even ‘progressive’ way, showing how links and connections are made, and major themes drawn out. How does Torah all fit together?

Two major themes come out of this first section: Our G-d speaks to us and He fights on our behalf.

In Devarim 1:6 we read that G-d spoke to us. This is a dramatic truth and quite profound if we ponder if for a moment. Despite what sociologists and psychologists tell us about us imagining things about G-d, or a that we have a social need or psychological crutch and so we invent G-d, the truth is that G-d IS and He speaks to us because of that all-embracing fact. We are told that we have made G-d in our own image, that Torah is a collection of agreed wisdom we have ‘worked out’ for ourselves, yet these simple words of G-d speaking to us fundamentally challenges this. G-d still speaks and lives.

In Judaism we have a legend that Torah was offered to all the other nations first, who then rejected it, before finally Israel accepted it. Yet our own history is littered with our rebellions against the precepts of Torah, so why would we create them ourselves and self-apply them when we don’t want to do them?! Judaism is different to other faith systems and philosophies. Despite altruistic claims to the contrary, all other belief systems of whatever persuasion ultimately play either to the baser, carnal elements of humanity, or to a form of self-improvement under the guise of a religious belief. Judaism holds to a faith system that actually runs contrary to what we want by instinct to do! G-d spoke and gave us by revelation a set of commandments that would form and frame our lives to righteousness, according to His righteousness not ours.

Only the Torah gets a negative reaction from those of no faith. This is the evidence we have for the truth of it, and that G-d has spoken, because He actually lives!

G-d has spoken in many ways, through Torah, Ps 19:1 (heavens) and also now through Yeshua Mashichanu (Hebrews 1:2). Yeshua is the ‘Word’, the walking living Torah who came to dwell amongst us, to speak to us, just as all of creation ‘speaks’ to us about G-d and His handiwork, yet non-Messianic forms of Judaism shy away from such anthropomorphisms. It rejects the ‘human’ attributes as just man’s way of visualising G-d, yet it is the Torah itself that teaches us this! Other forms of Judaism have rejected the Mashiach who embodied all of this par excellence, and consequently it ended up by trying to remove the ‘personal’ ‘human’ attributes as a reaction to the incarnation too.

In comparison the idols of antiquity and today don’t speak at all Read Ps 115:1-8, the Messianic Writings call them dumb in 1 Cor 12:1. If they talked at all it was only through demonic forces of deception. Remember however that the acid test of proving or testing what is of G-d or not, who it is who speaks, is ‘what does it play to, real love or base human desires?’

A spiritual enemy or idol can never give real love nor demand it, he knows no love and hatred is always the driving force.

Creation began with a Word, G-d spoke to us at Sinai and continued to speak to us through His prophets of old, finally giving us the complete ‘fullness’ of the Sinai revelation as lived out and applied in Yeshua Mashichanu incarnate.

Are we therefore listening? We can only listen if we have our ears open. It is always vital to hear what G-d is speaking, and He still speaks today.

Secondly in Dev 1:29-30 G-d is a G-d of war who fights on our behalf. In particular He fights for Israel due to the covenant of Avraham and Moshe. Torah specifically states that G-d fights for His covenant people in the Land He gave us. He fights for those who follow Him wherever they may be found.

In the Torah we read that the ‘sin of the Amorites was not yet full’ so too in this case the nations will overstep the mark with attacking Jerusalem.

Read Zech 12:1-9 and 14:3-9 for details of how this will happen. This concept is repeated in the Revelation given to Yochanan (Rev 19:13). There we read that the One who fights is the Word, Yeshua Himself.

Our G-d lives and fights for us, the battle belongs to the Lord, and no weapon formed against us will prosper!