The point of it all 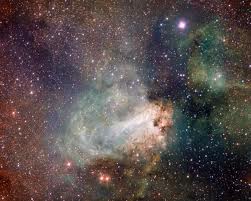 Here we are once more, our scroll rolled back to the start and the well-worn path of the history we seem to know so well starts up again. These early verses are so enigmatic; it’s almost as if we’re called to dig deep to understand the broad sweep of the truths contained therein. All of our history is contained in these few verses – and for what? Just what is the point of it all?

Many have wondered and many answers have been put forward, particularly in relation to the outworking of sin that has so gripped humanity, especially in man’s inhumanity to man. Not only did Job question the ultimate justice of God in an apparent righteous universe created according to the heart of God, but others did too, including Kohelet as he considered the ways of man and the oppression of others weaker and less able to defend themselves, a pattern of inhumanity that has for too long and too often been the bedrock of human experience. How can it be that something as wonderful and ‘good’ as creation, including mankind, could go so dreadfully wrong? What is the point of it all?

We need to understand the nature of the God who creates. The answer highlights one of the deepest paradoxes we can find, that of living life as a spiritual entity in a physical world. Exodus 34:6-7 shows us how simple it is: God is love. Love is the beating heart of God. Every act that He does, every word He speaks is motivated and driven by love, an all-conquering creational force that marks out who God is. God seeks those who will love Him, because love demands a relationship and cannot be shown in a vacuum. But there’s another even more crucial element to this love and the other characteristics of God’s nature: it is not so much that He wants us to love Him, but that He wants to love us. All His attributes recorded in the Exodus passage have one thing in common: they don’t and cannot exist and have meaning unless there is a physical stage upon which to demonstrate them.

It is impossible to show love on a purely spiritual level, or be merciful, or be anything on that list. How can you show mercy or offer forgiveness if there is no chance of sinning? In the spiritual world of pure spirit, unadulterated and untainted by sinful volition, no mercy ever needs to be shown. The dilemma for the Lord in fact predates our own dilemma, for to show His love He actually needed a stage in which He could actively demonstrate what love is and what it means, as well as mercy and so on. Because of the internal nature of God, creation was an inevitable event, a physical matter-filled, ‘stuff’ orientated and time constrained thing. And because matter is not eternal (it is created and will fade away, or atrophy, as all matter does), death and decay would also be the ‘almost’ inevitable outcome (I say almost because I believe that had the first couple not chosen to rebel and sin, they could have, indeed would have gone on to choose life and eat of the tree of eternal life, thus returning the creation to its spiritual form. To have chosen life at that point and not death would have been a love reaction towards God, played out on the stage of creational and physical substance. We can even argue that the whole of creation was in fact a physical, time-bound, material orientated demonstration of who God is and always has been: love.

Love cannot be shown in pure spiritual form, even the recipients of that love needed a physical housing to both receive it and give it. Love and mercy are not just thoughts, even the thoughts of God; they are concrete actions and events that shape human history, if you show them.

But here we reach the human paradox: there was always going to be a risk involved in creation. The paradox of the physical necessity to demonstrate who God is opens up the danger of the flesh wanting to operate in a different way to the spiritual rules of the created universe. Last year I talked about the problem of the eyes and hands, the physical connectors to this physical world. The same could be said of any of our senses, the sheer fleshly physicality of the immediate world dominating us and demanding attention, while the deeper spiritual life of mankind is suppressed as ethereal or unreal. In this context, the inevitability of sin, of rebelling against God and trusting self for the answers to human life and just to live, was there from day one. The paradox then comes down to the need for the physical to show love, but which holds within itself the seeds of its own inevitable tragedy. What was God to do? Creation, the establishing of a physical realm to show love HAD to happen because of His nature, yet the very creative drive set up a world in which redemption would also inevitably be needed!

The internal logic of the creative order dictated that God would have to have His own counterpoint in the physical order of things. For Him to show love and mercy, He would also have to appear as a player, an actor in human form upon this physical stage that had represented so much of His own love investment, despite the tragedy of sin, to demonstrate what love is. The brilliant story-line denouement in all this is that the final act rolls this incarnational event into a negating of the tragic inevitability of sin and the dominance of the flesh. Yeshua Mashichanu came, lived amongst us to show God’s love in a real, practical and physical way, ultimately dying due to our sins and thus reversing the earlier judgement of death.

Only God could enter into this physical world of flesh and blood ‘reality’ to redeem it, only He would avoid the inevitability of a sinful fleshly response to God created order. He would not see this as the ultimate reality but rather what it actually is, a temporary physical existence created solely to show God’s love and pass that on. Am I downplaying the physical world? No. This is no spiritual escape clause or flight of fancy. It is an absolute necessity and we should, must engage with it, as Judaism has always taught through tikkun olam. If the stage is set for a redemptive action to bring restoration, then how much more should we also demonstrate through physical acts the very real love of God?

It was a risk to create flesh and blood, a physical home, but it was a risk that had to be taken due to the nature and imperative of God. It is also His nature to redeem, and so despite the tragedy of the inevitability of sin, He is able to launch a rescue mission inside His creation to restore order. We can do no less, once our spiritual eyes are opened to the ultimate reality.

Shabbat Bereshit (In the beginning)